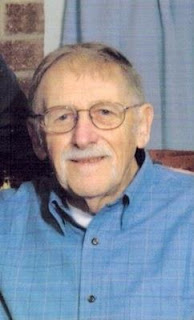 Chili - Passed away peacefully on Sunday December 20, 2020 at age 97. Predeceased by his devoted and loving wife of 63 years, Carmel Castrichini; and his parents, Anthony and Carmel Castrichini. He is survived by his sons; Gary (Carol) Castrichini, Richard Castrichini, and Ronald (Sharon) Castrichini; sisters, Norma Corletta and Loretta Temperato; 7 grandchildren; Michele (Jim) Crider, Jaime (Todd) Walberger, Michael Castrichini, Richard (Kelsey) Castrichini, Gregory (Kelly) Castrichini, Ryan Castrichini (Samantha Falzone), and Rhett (Kelli) Castrichini); 12 great- grandchildren; Emily, Ashley, Madilyn, Jacob, Savanna, Brooklyn, Charlize, Kobe, Kroy, Kyra, Carter and Estella; several nieces and nephews. Armond was a proud WWII veteran who served in both the European and American theaters of operations. He was member of the U.S. Army 80th Infantry Division. He was awarded the Combat Infantry Badge, the Bronze Star, and the Conspicuous Service Medal. Armond was a devoted family man who will be greatly missed by his family and friends. Among the many things that will be missed, are his telling of his life stories, his ability to sing a song for nearly every situation in life and his never wavering support of loved ones. We bid you Auf Wiederschen (until we meet again), as you always did to us, each time we said goodbye. Funeral services were held privately. Memorial Service will be held after Covid restrictions are relaxed. In lieu of flowers, contributions in his memory can be made to the Veterans of Foreign Wars at www.vfw.org or Lollypop Farm at www.lollypop.org.
Posted by The RFBA at 5:27 PM