Rochester: Tuesday, February 12, 2013 at the Monroe Community Hospital. Born in Rochester on September 29, 1919. Predeceased by his parents, William S. and Margaret (Coleman), brother, James, sister, Marion Fullam. He attended Aquinas Institute and graduated from West High. During WWII he served in the army guarding a pump station on the India-Burma-China pipeline. Returning home he joined the Rochester Fire Department, was a driver at Engine 4 at Broad and Allen Sts., and retired in 1978. Bill was a parishioner at St. Augustine's Church and served as an usher for 63 years. He was active in the Knights of St. John, VFW, among others, and played on the Celtics football team. His interests in life included the School of the Holy Childhood and every year he marched in the St. Patrick's Day parade and could dance an Irish jig at the drop of the hat. After his stroke the Fire Department sent a car for him to wave and participate in the parade. In retirement you could catch him at Haag's Service Station on Main Street where he would raise and retire the Flag. In 2007 a stroke severely reduced his mobility and he moved to MCH. In 2009 he celebrated his 90th birthday with a party at St. Anne Church that was attended by hundreds of friends among them Mayor Robert Duffy who proclaimed "Bill Higgins Day" in Rochester. Bill is survived by his nephews and niece; Timothy Higgins, Michael and Gail Higgins, Sheila (Fullam) and Kris Buros, Michael and Karin Fullam and Patrick Fullam, their children and grandchildren; special friends Jim, Judy and Jimmy Creeley. The family and Bill's friends acknowledge the staff at MCH Friendship 4W for their years of support and care for Bill. Family and friends may call FRIDAY 1-8 PM at St. Monica Church, 831 Genesee St. Funeral Mass SATURDAY 10 AM. Interment, Holy Sepulchre Cemetery. Flowers declined. Donations may be made to St. Monica Church or School of the Holy Childhood.

Guestbook
Posted by The RFBA at 2:14 PM 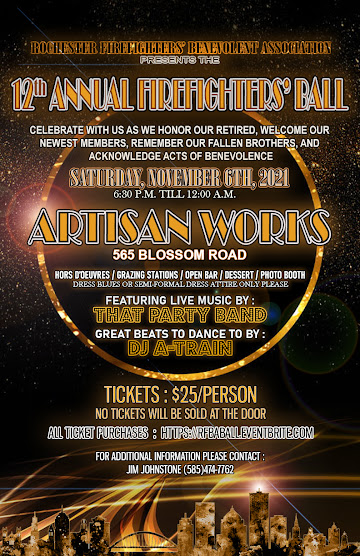